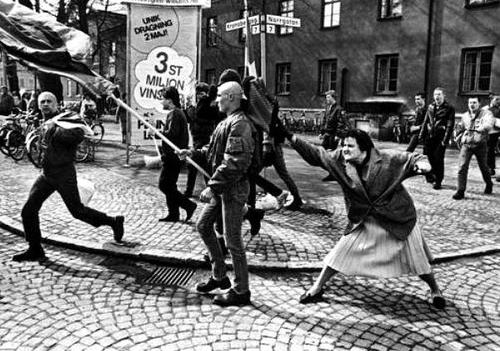 A woman attacks a nazi in a nazist demonstration in Växjö, 1985 (Sweden). She was a Polish woman who had been in a concentration camp during the second world war. Minutes later, thousands of anti-nazists chased the nazists away.

more on this: “Sweden: Fight between the Communist party and nazis -1985”